It all began the summer of 2002 as a 16th Birthday Gift for David. Dan and Dave attended the Skip Barber Two Day Driving School at Limerock Race Track. Driving the Skip Barber Fleet of Dodges consisting of Neon’s Dakotas and Vipers! Dave was rated top of his Group for the Two Day Event and was hooked on High Performance Driving. In August of 2002 Dave attended the Advanced Skills Class given by the White Mountain Chapter BMW CCA using his Dad’s (Dan) 1986 BMW 528e at Limerock. They came home from that event and decided it was time to get a little more serious so 3D Auto Works purchased a beautiful 1993 BMW 325i from a longtime customer to build a Race Car for Dave to Drive. They spent the winter building their first race car, all three of the D’s got into the action, had fun and learned a lot of what to do and what not to do. May of 2003 it was back to the track with the Sports Car Driving Association (SCDA) run by Ian Prout to debut the 325i and test the car on the track. That summer the car was tested nine times at the SCDA events for Dave to gain seat time in his quest to get his Sports Car Club of America Competition License. The Fall of 2003 off to Summit Point for SCCA Competition License School. With License in hand the winter consisted of continuing to prepare the Car for SCCA ITS Racing! July 18, 2004 Dave takes his first SCCA ITS WIN at New Hampshire International Speedway in the Rain! 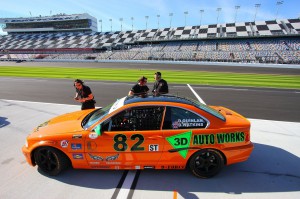 The rest is History…

Dave is the Service Director for family owned 3D Auto Works Inc in Hudson, New Hampshire specializing in BMW’s and MINI’s and works full time at the family business,

He is also a professional driver for Plus Four International and Precision Dynamics International, both are arrive and drive companies representing various car manufacturers. He instructs with Sports Car Driving Association at various racetracks and is also a certified instructor with In Control Advanced Driving Training.

Maynard’s Podium finishes in 26 of the 26 races he competed include 22 wins in the 2008 Season. Dave’s First Grand Am Race was at Watkins Glen on June 5, 2009 Driving the #86 3D Auto Works BMW E46 330ci ST where he and his teammate finished in 10th Place in their first professional race.
Maynard made three series starts in the 2009 and 2010 in the Grand Am Continental Tire Sports Car Challenge ST bringing the 3D E46 330ci to Watkins Glen and Limerock. 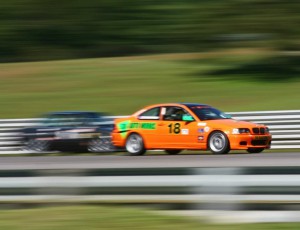 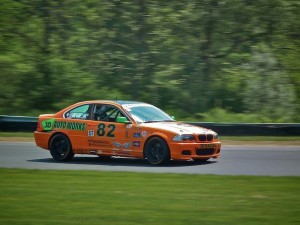 Dave lives in Hudson, NH with his wife Tanya, his daughters Makenna and Estella along with their two dogs, Daisy and Wendy and three cats, Eva; Pi and Joey.

Check out Dave’s pass of the year! (14 second mark)

Join Us for the Racing Season

3D Racing will be participating in multiple races this season so check out our schedule and be sure to catch the Team on Radio and Television! We will also be at several Events to Help Raise Funds and Awareness for Children’s Charities.
Visit this page for locations, dates for this season.

Thanks for visiting… 3D Racing Team